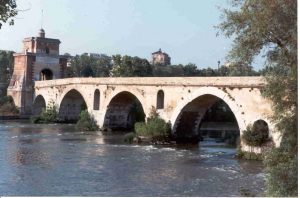 Having got to this point of wanting to know more of the order, it must be repeated that to be entitled to seek membership of the order, you must already be a Royal Arch Mason.

Our administration is centred on Mark Masons’ Hall, St James’ London and our central body is known as Grand Imperial Conclave.

It is generally agreed that the Order was established in 1865 by Robert Wentworth Little and has progressed strongly worldwide since that time.

Our home page alluded to the importance of Constantine from whom the order takes its name and also his close association with the city of York.

So why Constantine? To explain this we need to remind ourselves of the conversion of Constantine to the Christian faith whilst head of the empire. This event became the basis of the Red Cross ceremony and the masonic explanation of the occurrence.

Constantine had been campaigning with his father in northern Britain. They were both in York with their army when his father died and he was immediately declared Emperor by his troops in York. Civil war broke out and he eventually became Emperor of the West in 312. Further military campaigns ended in 324 with him becoming the sole Emperor in both the west and east.

His conversion, which forms the basis of our ceremony, began after a long day’s march, with his outnumbered army preparing for a major battle on the following day. It was in these circumstances that he and his army saw in the sky a pillar of light in the form of a cross and viewed it as a sign from heaven. Constantine ordered this sign to be painted on a standard and carried before his army into what was to become his great victory at the Battle of Milvian Bridge. The Christians in his army were allowed to paint the sign on their armour.