The Yorkshire Cadet Trust (YCT) received a welcome donation from the North & East Yorkshire Division of the Red Cross of Constantine when the Intendant General, R Ill Kt David John Roach, attended a ceremony to present a cheque  for £1000.00 to Colonel Jason Wright, Chief Executive RFCA Yorkshire and The Humber, at the RFCA headquarters in York on Friday 13th January 2017. The Intendant General was supported by the Deputy Intendant General, Ill Kt Neil Webster, the Divisional Recorder Ill Kt Graham Wanless  & P Kt Trevor Evans, Past Sovereign of Hoveden Conclave No 415. It was Trevor, a former Combined Cadet Force Contingent Commander, who suggested that the YCT should be nominated as a recipient for a financial award.

At the presentation of the cheque the Intendant General said “In 2015 we celebrated 150 years of our Constitution and held nationwide celebrations. Being a Christian order we held a service at Lincoln Cathedral at which Red Cross Masons from across the world attended. During that year over £40,000 was raised on behalf of the ‘Grand Sovereign’s Fund for Children’.  This fund was created in the late 1990’s and was to be used primarily to assist children’s hospices.  However, other worthy children’s charities are supported“

The Yorkshire Cadet Trust is a charity established to provide support for cadets across Yorkshire and The Humber.  Mainly the cadets are aged between 13 – 17 but there are parts of the organisation for younger members  from 8 years old.

Speaking about the charity the trustee secretary Lieutenant Colonel Jeremy Bleasdale said “The Yorkshire Cadet Trust is a registered charity established to provide support for cadets within Yorkshire and The Humber.  Without the Trust, many cadets could never experience the enjoyment and satisfaction that taking part in these pursuits bring”.

“We are delighted that the Red Cross of Constantine has made this generous donation.  Over the years we have enabled disadvantaged cadets to attend Annual Camp and provided financial support for cadets to participate in overseas expeditions to Canada, Nepal and more recently South Africa.” 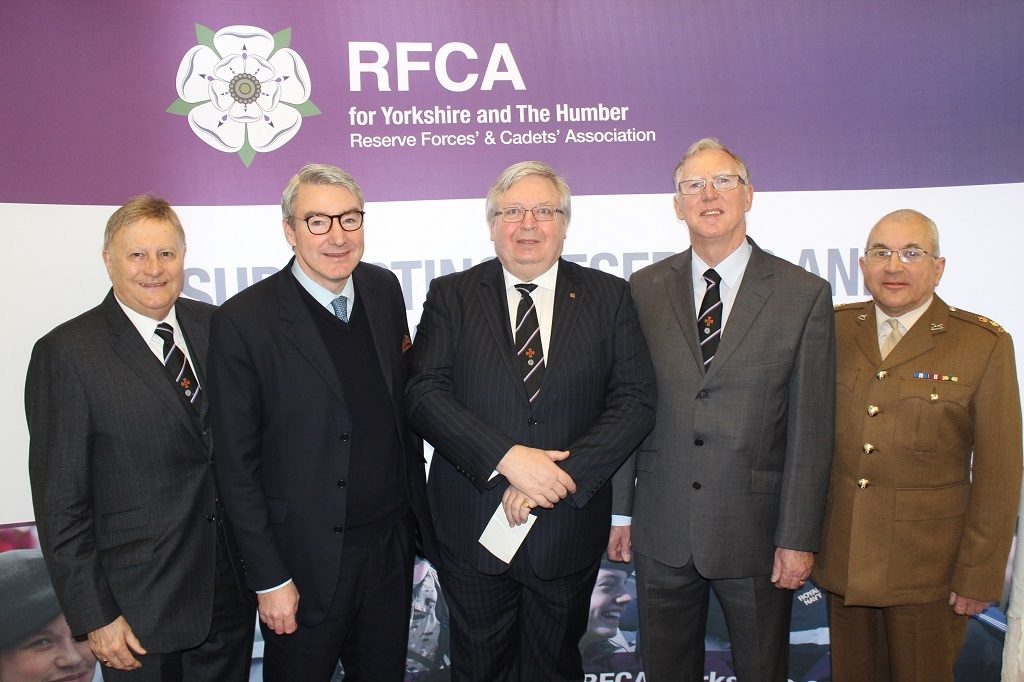